ESS: What are plate tectonics? Who is credited with this theory?

According to Fletcher, Gibson, and Ansdell (2014), plate tectonics is the idea of "Earth's surface as being organized into massive slabs of lithosphere called plates in which continents and ocean basins are embedded" (p.47). These plates collide, move away, and grind against each other (p.58). Fletcher et al. (2015) explain that the concept of plate tectonics is not specifically credited to a single person, but rather the work of several scientists from the early 1900s-1960s.

The Evolution of Plate Tectonics

There are three essential theories that have contributed to modern plate tectonics:

By the early 1900s, the scientific community noticed the similarities between the coastal regions of continents and some suggested that the continents were once attached to form a supercontinent (p.10).  Wegener hypothesized that the supercontinent, which he named Pangea, separated because the "continents move, or "drift," across earth's surface" (Fletcher et al., 2014, p.10). He called this phenomenon "continental drift." Despite the evidence he used to support his theory, he lacked an integral part: what generated the movement of the continents? (p.10)

The image below demonstrates fossil evidence that supports the supercontinent theory. For example, the yellow in this diagram represents fossils of the Cynognathus that were found in South America and Africa.

Drawing on Wegener's continental theory, Harry Hess noticed that the topography of the seafloor included "sharp, rugged ridges" (p.11). Fletcher et al. (2014) state that Hess predicted the concept of spreading centres which are marked by the creation of new crust when hot magma rises through the lithosphere. The other characteristic of the seafloor that he noticed and called deep-sea trenches, were characterized by the recycling of oceanic crust into the mantle (p.11). This movement is a result of convection currents that take place in the mantle (p.11). Convection currents move in a circular motion and as heated magma rises, it drags the plate along with it as it cools and falls deeper into the mantle (p.72).

Fletcher et al. (2014) explain that there are three types of plate boundaries:

Divergent – "new lithosphere forms as plates pull away from each other" (p.58).

Convergent – "lithosphere subducts as one plate dives beneath another, or two plates collide head-on without either one subducting" (p.58).

Transform– "lithosphere is neither formed nor recycled; plates simply grind past each other" (p.58). 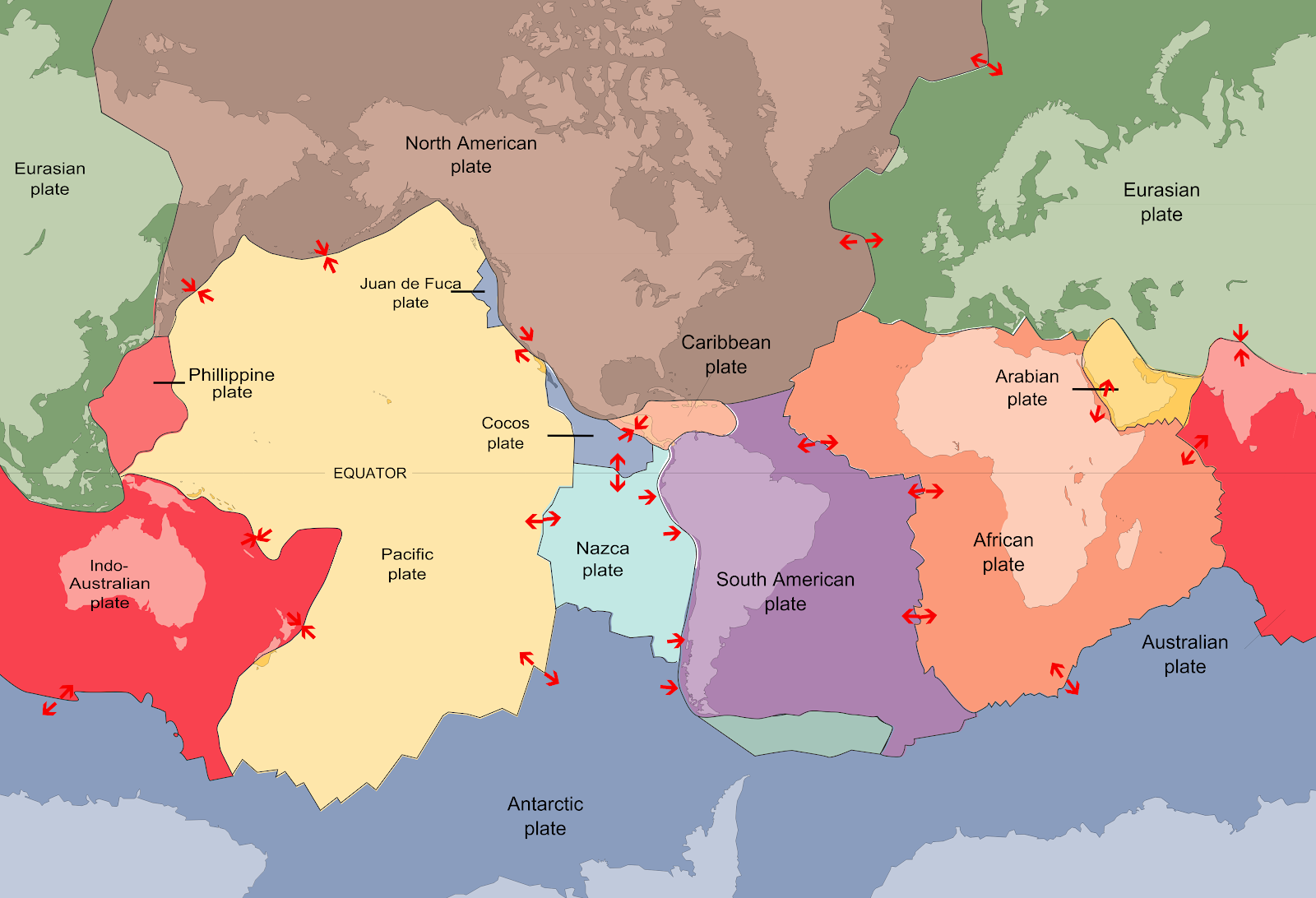 Wilson hypothesized that there is a mid-plate "stationary source of magma in the mantle" that he called a hotspot (Fletcher et al., 2014, p.11). Fletcher et al. (2014) describe the creation of a chain of islands due to the hotspot erupting. They explain that a hotspot erupts and magma hardens on the seafloor. Eventually, these layers of hardened magma build up enough to produce a volcano. Additional layers to the volcano will create an island. They explain that as the plate underneath the island continues to move, the volcano detaches from the hotspot and the process restarts, creating a new volcanic island above the hotspot. The creation of a new volcanic island is a very gradual process.

The hot spot theory can be used to explain the creation of the Hawaiian Islands as seen in the image below: 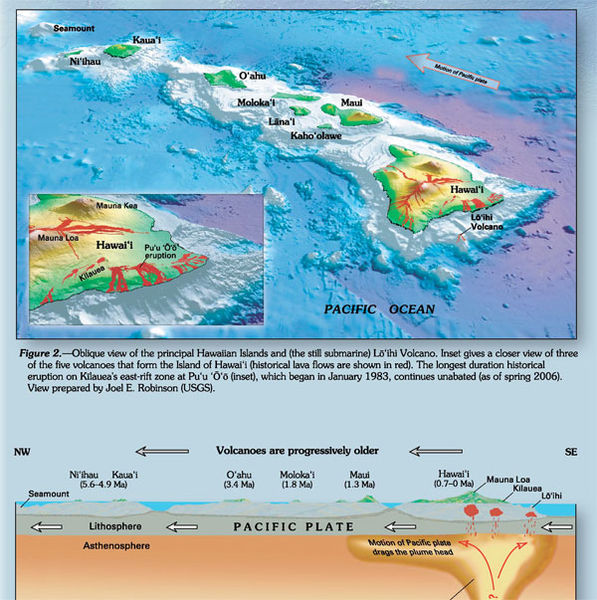