The snow-dominated Fraser River basin (FRB) of British Columbia (BC) is one of the largest and most important watersheds of Western North America (Figure 1). The FRB basin covers around 240,000 km2, spans one-fourth of BC, and thus forms the greatest salmon rivers with important environmental, economic, and cultural value (Islam et al., 2017). This watershed drains 11 different biogeoclimatic zones, from dry interior plateaus to wet, snowy mountains in its headwaters of the northern Rockies, the Columbia and Coast Mountains and thus integrates a diverse mosaic of landscapes, weather, and climate (Kang et al., 2014). The Basin has a population of 3 million people, nearly two-thirds of all British Columbians. First Nations communities were the first to recognize its special nature and enjoy its bounty. The evidence of Archeology shows oral traditions that the ancestors of First Nations people have inhibited beside the river since the vast glaciers started receding 10,000 years ago and the Fraser River, as we know it, was born (Fraser Basin Council - About the Fraser Basin, 2021).

Some studies report that climate change has affected the FRB’s hydrologic regime during the 20th and early 21st centuries, influencing its economic vitality and pristine landscapes (Déry et al., 2012). Mean annual air temperature has warmed by ~ 1.4 °C since 1949 across the FRB while total annual precipitation remained stable despite a significant change in its type from snowfall to rainfall (Kang et al., 2014). Changes in the FRB’s climate have impacted the evolution and duration of its seasonal snowpack, resulting in a 19% decline in the contribution of snow to its hydrological regime (Kang et al., 2016). Simulations project that the FRB is currently transitioning from a nival to a pluvio-nival hybrid system due to warmer winter air temperatures and phase changes in precipitation (Kerkhoven and Gan, 2011; Morrison et al., 2002) and incur a rise of 1.4◦ C in August water temperatures by 2100 (Ferrari et al., 2007). This raises concerns about the impacts of changing hydrology on the occurrence of flood and drought as well as terrestrial and aquatic species and their habitats (Kang et al., 2016). 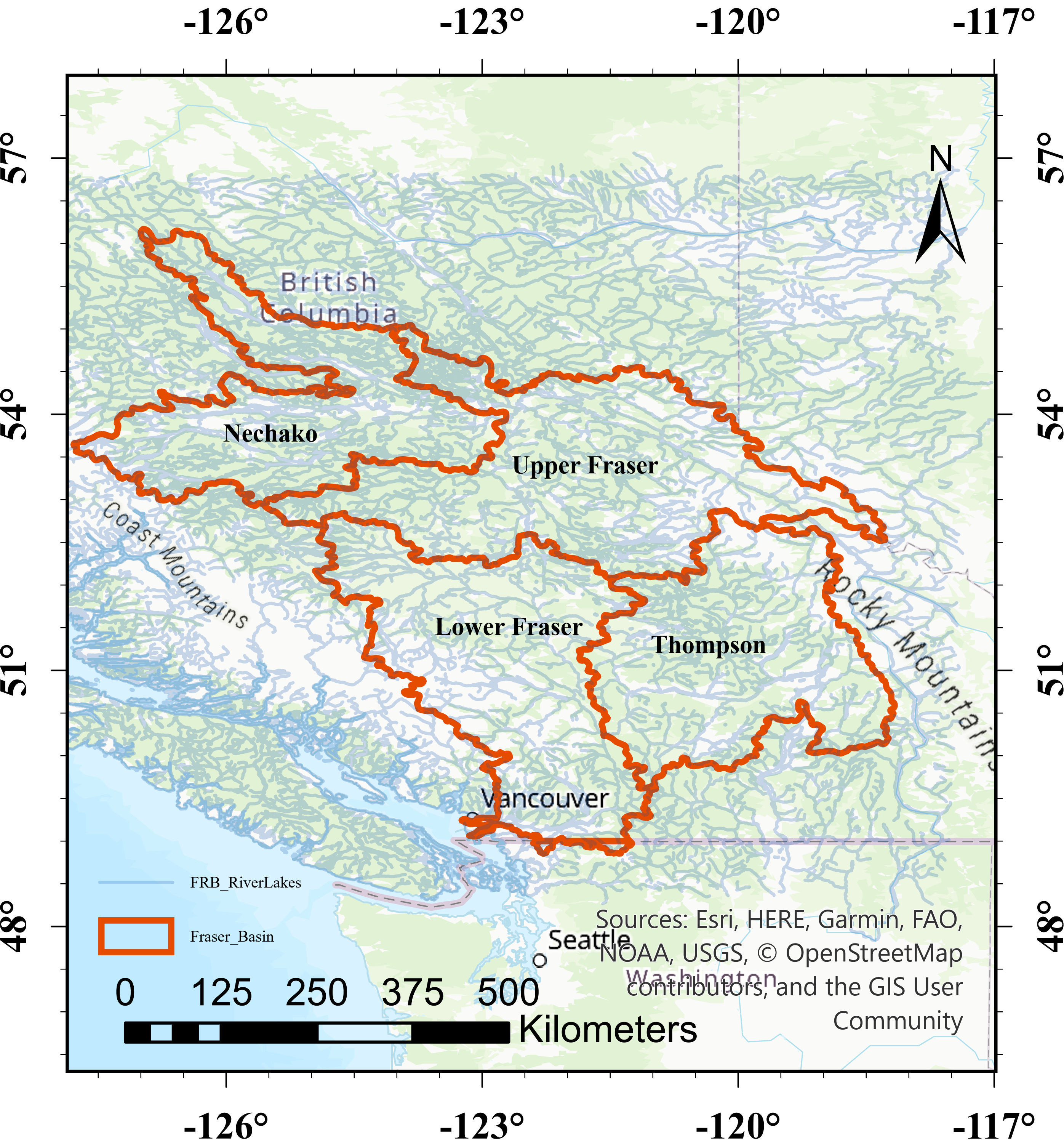 Different sources of dataset are used for the drainage set of the FRB.

The FRB forms one of the largest and most important basins of North America. The highest peak is located at Mount Robson (3954 m, Figure 2). In this study, the elevation data is provided by MERIT Hydro (Yamazaki et al., 2017) with a resolution of 3 arc-second (~90 m at the equator). The MERIT elevations are adjusted to satisfy the condition 'downstream is not higher than its upstream' while minimizing the required modifications from the original DEM. 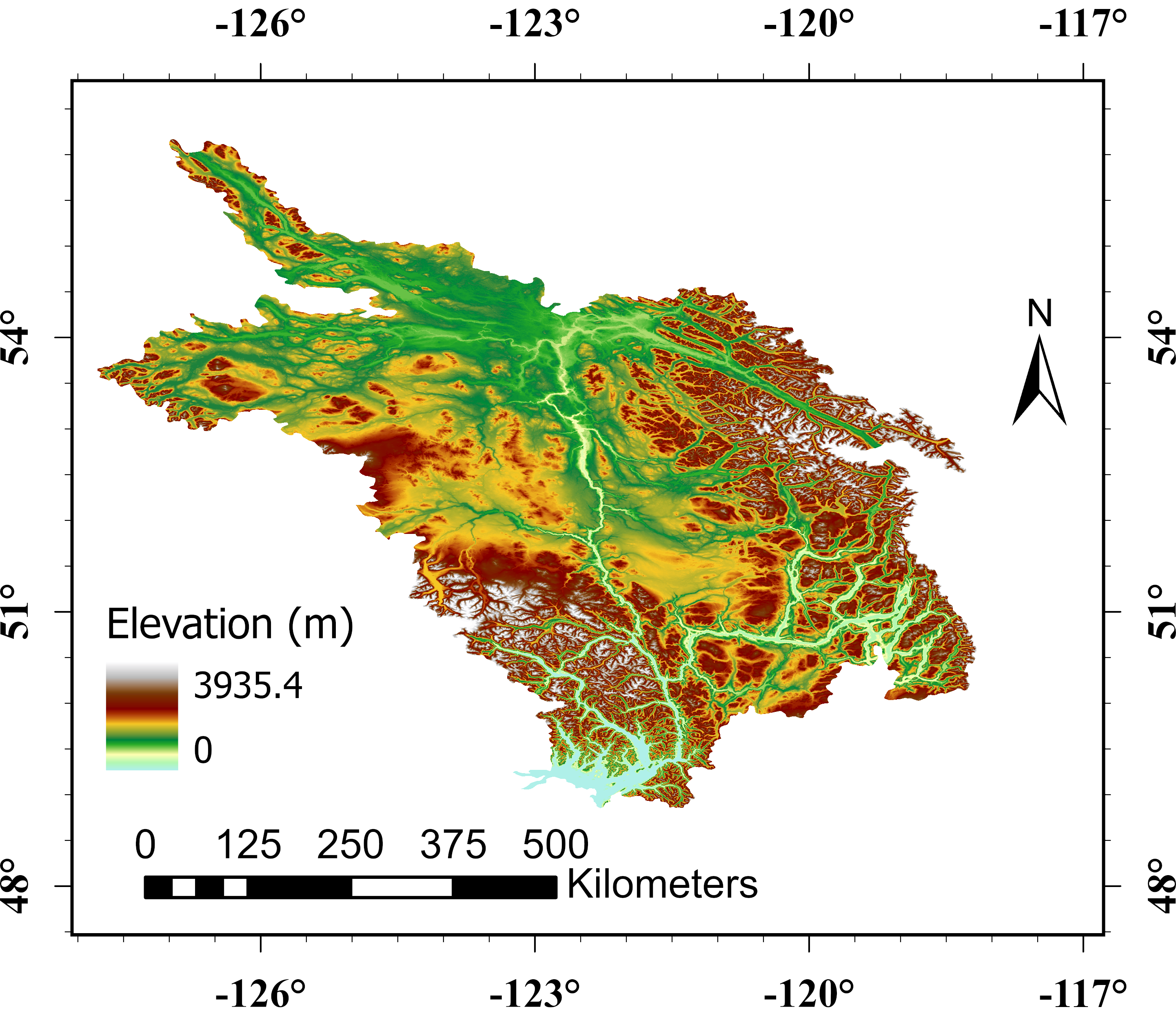 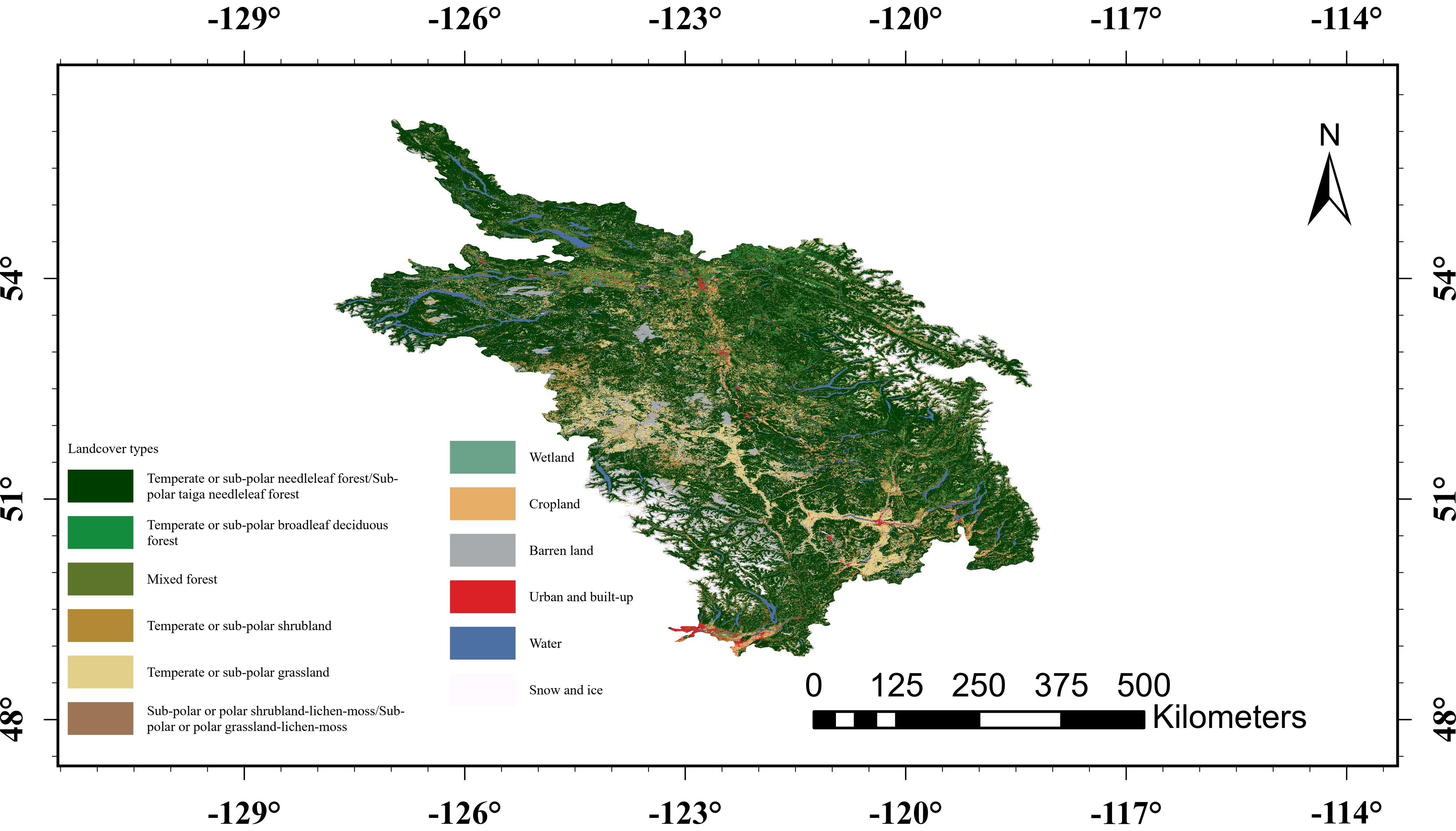 The drainage database of the FRB basin is generated in Green Kenue (GK). Some modifications are applied to modify drainage direction and gauge locations. The recent version of MESH (1.4.1728) has been set-up for the FRB.